ASSOCIATION ALPARC – Together for the Alps 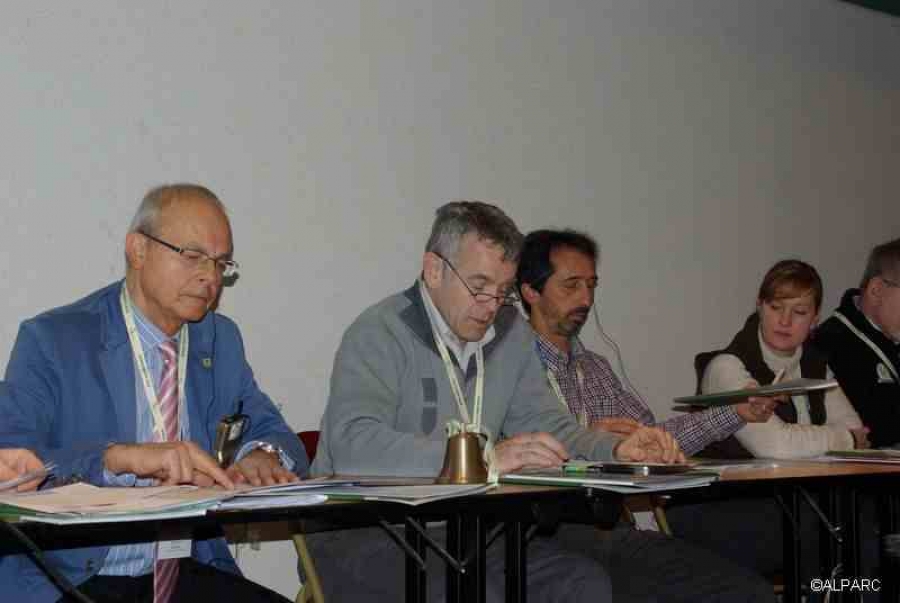 After 17 years of activity, ALPARC was formed on January 18 as association to formalize its network and further strengthen transalpine cooperation and international projects.

The constituent assembly was held on January 18, 2013 at Pralognan-la-Vanoise. It was attended by 34 protected areas founding members of the association. The two French alpine regions: Rhône-Alpes and Provence-Alpes-Côte d'Azur have also confirmed their commitment to ALPARC to support international cooperation of their protected areas. ALPARC counts since the beginning of its creation as an association a third of protected areas with personnel managers in their structure. Its members come from all Alpine countries.

ALPARC, the Alpine Network of Protected Areas, in fact cooperated since 1995 with all types of large protected areas (national parks, regional and nature reserves, biosphere reserves, ...) within the scope of the Alpine Convention to contribute to its implementation through concrete actions. The signatory countries of this international treaty are Austria, Germany, France, Italy, the Principalities of Liechtenstein and Monaco, Slovenia and Switzerland.

ALPARC realizes since many years projects and activities about:
- The preservation of biodiversity and the establishment of an ecological continuum,
- Regional development and quality of life in alpine regions
- Environmental education and awareness raising of the Alpine Mountain.

The new structure will further strengthen the implementation of major international projects on these topics.