WeWild project: The Initiative grows through two further workshops in France and Italy 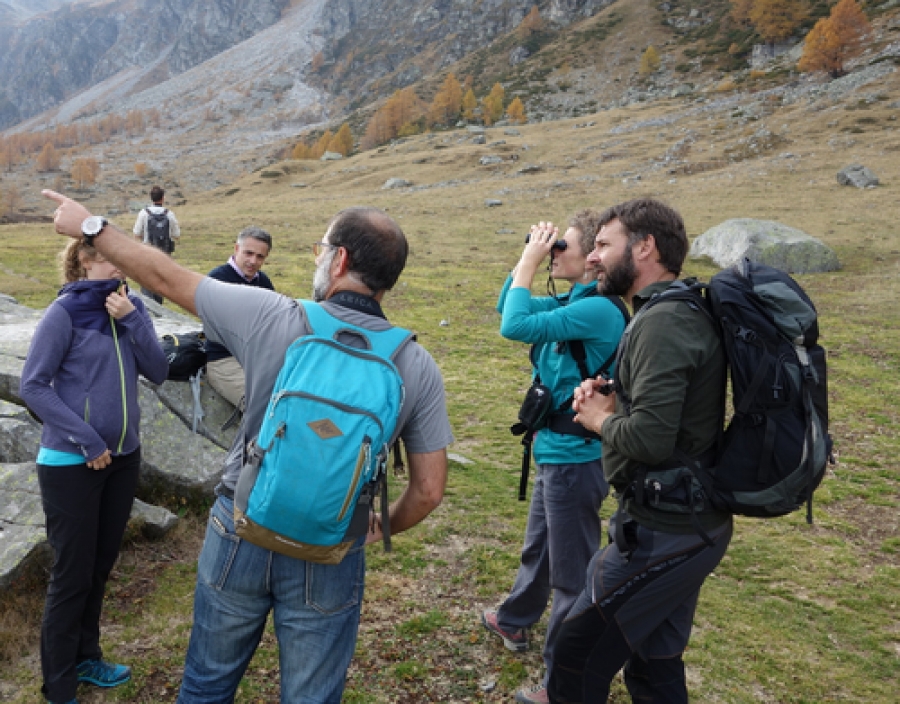 After a first workshop in Vorarlberg last March, ALPARC has recently organised two further workshops in Les Ecrins National Park (France) and in the nature parks of the Ossola Valleys (Italy) in the frame of the WeWild project. The aim of the project and its growing working group is the development of a joint communication initiative to reduce wildlife disturbance in the Alps in winter. The numerous participants learned about the project’s progress, gave feedback and were involved in the further development of this joint initiative.

In the French Alps several ongoing projects aim at tackling human-nature conflicts in outdoor sports. The workshop in Le Bourg d’Oisans, (Les Ecrins National Park, 21st September 2017), specifically dedicated to recreational impacts in winter, helped to extend the working group in the French Alps. 29 practitioners from almost all concerned French natural parks in the Alps and from smaller protected areas (e.g. NATURA 2000 managers) were present. Thanks to the workshop the initiative is being embedded in the regional context of joint projects, in which many stakeholders are involved: the Biodiv’sports “Awareness Raising via Participation and Mapping” project (lead partner LPO Isère) and the film series project of the Regional nature parks of Auvergne-Rhône-Alpes.

During the second international WeWild workshop in the Italian Alps (Ossola Valley nature parks, 19th and 20th October 2017), 17 participants had a closer look at the regional context of winter wildlife disturbance. The challenges facing protected areas and stakeholders in the Italian Alps, linked to a growing impact of outdoor sports in winter, are huge, but only a few pilot initiatives exist to date. A country-specific concern that still worsens the situation in winter is the lack of legislation regarding heli-skiing and snowmobiles. The joint initiative of WeWild and its tools could trigger further local actions in areas where stakeholders see the need to act or are already acting (e.g. South Tyrol, Aree protette dell’Ossola).

Both workshops helped to work further on the initiative’s strategy and its charter, and on the joint communication tools (graphical identity, video, and website). By the end of the year, the ALPARC operational unit will finalise these outputs and come up with a communication plan.