The 23rd Danilo Re Memorial: an unforgettable event 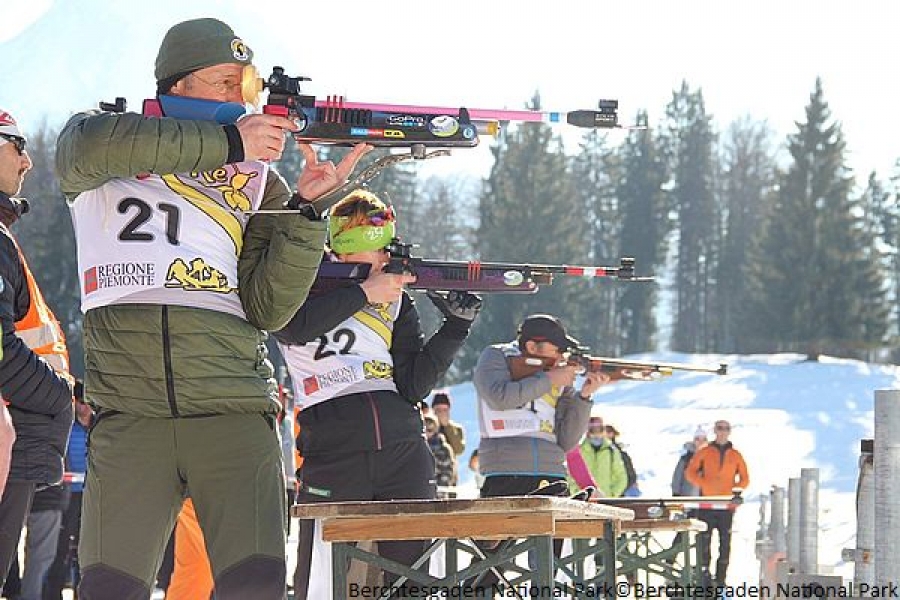 The 23rd Memorial Danilo Re event took place at the Berchtesgaden National park from 25th to 28th January 2018, in the frame of the celebration of the park’s 40th anniversary.

A combination of excellent weather conditions and outstanding involvement by the Berchtesgaden national park staff made this event unforgettable!
Alpine rangers and staff of the protected areas from Austria, France, Germany, Italy, Slovenia and even Slovakia competed in four categories: mountaineering ski, giant slalom, shooting and cross-country, with a total of 46 teams: a record number of participants for the Danilo Re Memorial .

Regarding the ladies’ teams the first place went to Nationalpark Hohe Tauern Tirol (AT), the second to Parco Regionale dell'Adamello (IT) and the third to Nationalpark Berchtesgaden (DE).

In addition to the competition, Alpine and transnational friendship was celebrated and participants enjoyed the traditional Bavarian music and dances, Alpine food and Mauro Fissore’s band who played without let-up until 3.30am... what a performance!

Go to the Danilo Re Facebook page to see all the photos of the event
See the detailed results by downloading the document below.